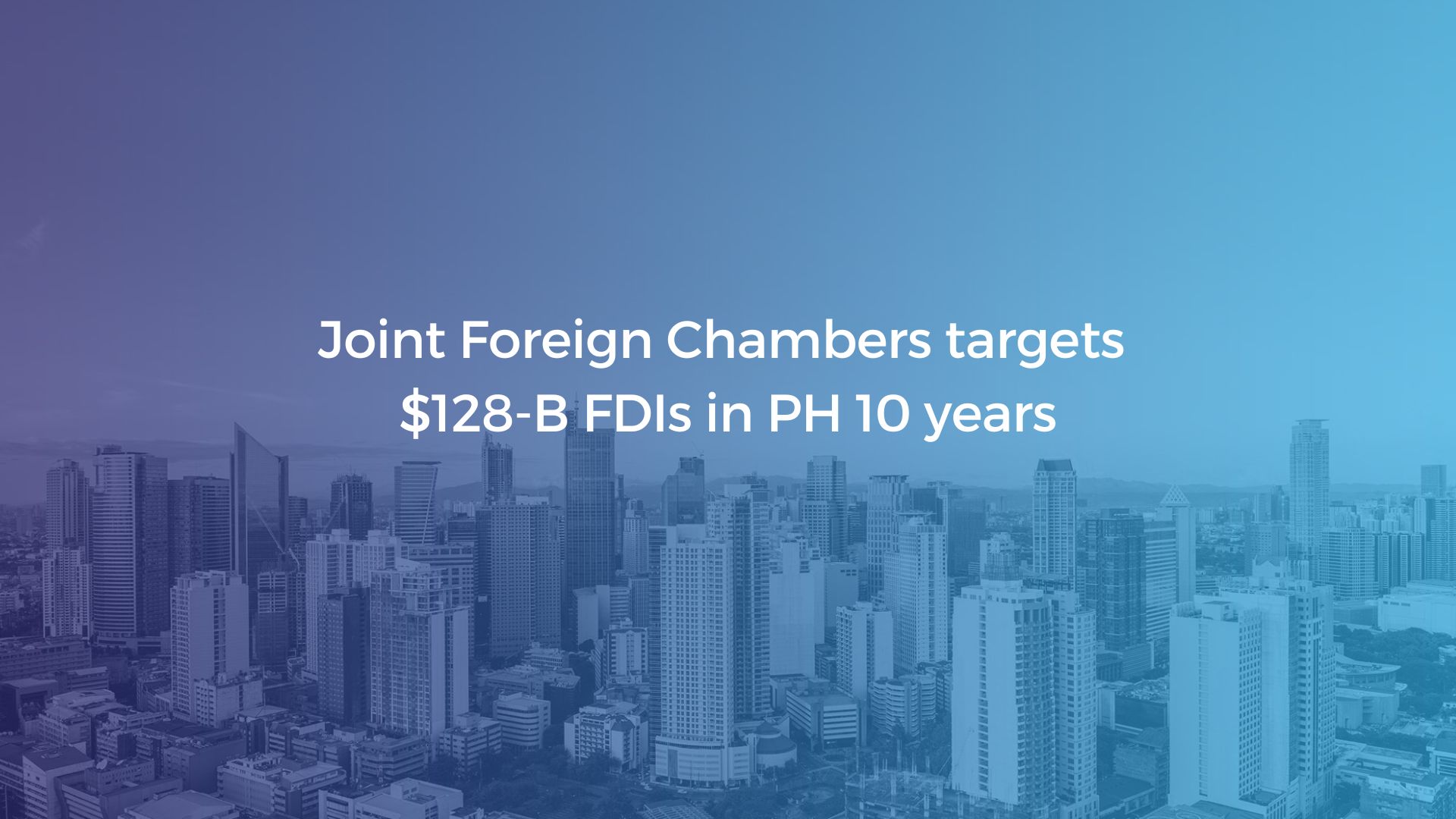 The Joint Foreign Chambers (JFC), which is composed of seven foreign business groups in the Philippines, has revised its foreign direct investments target to $128 billion for the period 2021-2030 more than double its original $50 billion target on the country’s upbeat economic outlook.

Ebb Hinchliffe, executive director of the American Chamber of Commerce, said that while they have revised upward the FDI projection over the next decade, they still retain the original three million jobs target that may materialize from the new investments.

The higher investment projection, Hinchliffe said, is largely anchored on the robust economic growth of the country that should be propelled by the passage of game changing economic reforms such as the Retail Trade Liberalization Act, Public Service Act, among others.

He also cited the aggressive investment pitches by President Ferdinand Marcos during his overseas visits, including his visit to the US that sent a strong message that the Philippines is now open for business.

Lars Wittig, president of the European Chamber of Commerce of the Philippines (ECCP), said noted that the FDI target set at the height of the pandemic reflects the JFC’s continuing believe in the enormous potential of the Philippines and the capacity of the Philippine government, with the support from the private sector, to pursue and implement necessary reforms and policies.

“Two years on, the Philippines is showing its ability to rapidly recover from the negative impact experienced at the height of the global Covid-19 pandemic,” Wittig said.

Wittig pointed out that Philippine FDIs dropped in 2020 by only 21 percent compared to the previous year while other countries posted higher declines. In 2020, he stressed “We had higher FDIs than Thailand and Malaysia combined. So very, very resilient and healthy base of FDIs.”

The JFC further added that in 2021, the Philippines even brought in record high net FDI of $12.4 billion. The 7.6 percent GDP growth posted by the Philippines in the 3rd quarter of 2022 was 2nd highest in ASEAN for the period and outperformed most projections. In addition, major rating agencies, Fitch, Moody’s and S&P, have all reaffirmed their respective credit ratings for the country.

“So, the foundation is absolutely there, more resilient and more sustained than other countries that we compare ourselves with especially within ASEAN,” Wittig added.

“Philippines is getting in the right direction,” said Bradley Norman, vice-president and executive director of the Australia-New Zealand Chamber of Commerce of the Philippines.

Overall, the JFC said “We expect the strong economic performance to continue with the recent undertaking of reforms and policy directions that we believe can provide significant opportunities for foreign investment, job creation, and improved services.”

They cited the passage of economic reforms including the amendments to the Foreign Investments Act, Retail Trade Liberalization Act, and Public Service Act, game-changing liberalization reforms long-advocated for by the JFC and our partner Philippine business groups; reforms to develop important sectors of the economy such as the Creative Industries Development Act and the Electric Vehicles Development Act; the opening up of the renewable energy sector to more foreign investment through a recent DOJ legal opinion and amendment of the IRR of the Renewable Energy Act of 2008; revision of the BOT Law IRR to address private sector concerns and reinvigorate PPP in the country; and the decision to allow ITBPM firms to implement alternative work arrangements without losing incentives.

On the revised RE rules that allows full foreign ownership in certain RE fields, Wittig said the implementation of the ruling “will result in billions dollar investments from EU alone.”

JFC further expressed confidence that the “highly experienced and competent economic team is in place and we trust they will manage appropriate interventions to influence inflation, supply chain blockages, and similar major challenges and headwinds to economic growth.” 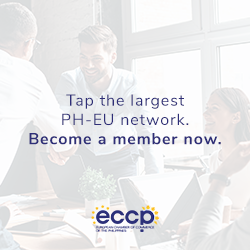